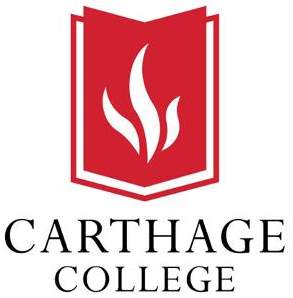 Acting on a recommendation from President John Swallow, the Carthage Board of Trustees voted at its Feb. 19 meeting to adopt the new team name. The decision concludes a collaborative five-month search for a unifying Carthage identity.

“We set out to find a team name that represents modern-day Carthage in an inclusive and dynamic way, and this search led us to a name that fits on so many levels,” says board chairman and 1980 alumnus Jeff Hamar, executive chairman of California-based Galleher Inc. “I know I speak for many Carthaginians in saying I’m proud to be a Firebird.”

Firebirds was chosen from an initial pool of nearly 500 names submitted by students, alumni, parents, employees, and other supporters. Carthage welcomed these stakeholders’ input at every stage of the process.

A mythical creature made of living fire or light, the firebird appears in the folklore of several cultures. In surveys, Carthaginians endorsing the name described it as “bold,” “fierce,” “uncommon,” “majestic,” and “inspiring.”

Many noted the firebird’s ties to the flames in the existing Carthage seal and logo — which represent the torch of knowledge — as well as the college’s primary color, red. Fans also drew a parallel between the radiant beauty of the magical bird and the natural elegance of the campus, an 80-acre arboretum along Lake Michigan.

“It’s been incredible to witness the fervent enthusiasm that this process has ignited throughout the Carthage community,” said President Swallow. “The new name captures Carthage’s bold history and imagery, as well as its rising trajectory and visibility.”

After a thorough review by a college-wide task force, the board voted in August to retire the previous team names: Red Men and Lady Reds. Survey results indicated the community’s strong desire for a change, as many respondents expressed concern that the names impeded the college’s commitment to racial and gender equity.

At Carthage, a member of the College Conference of Illinois and Wisconsin, about one-third of the undergraduate population competes in varsity athletics. COVID-19 precautions forced the delay of the fall and winter sports seasons, so all 27 teams are competing this semester.

“This is a huge moment for hundreds of dedicated Carthage student-athletes and athletic staff,” Stewart said. “I look forward to the day when fans return to the stands so our competitors can hear the loud cheers of ‘Let’s Go, Firebirds!’”

Now that the team name is in place, the task force will turn its attention to a replacement for Torchie, the Carthage mascot since 1997. Although the character isn’t directly tied to the outgoing nicknames, constituents expressed equally strong support for a change.