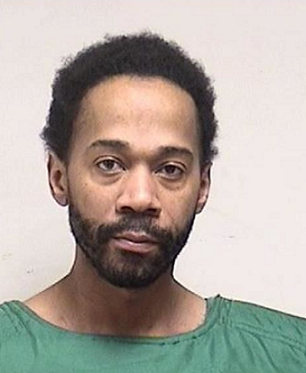 (WGTD)---An unannounced visit by suspicious family members to a missing Kenosha woman's apartment the day before Valentine's Day yielded an unpleasant odor, greater fears of foul play and ultimately a request to Kenosha police for a followup visit.

The next day, officers using their noses found the decomposing body of Gia Martin in a garbage can that had been left at the curb.

On Wednesday, Smith, who has a history of domestic violence, was charged with 1st degree intentional homicide, hiding a corpse, obstructing and possession of a firearm by a felon.  A $1 million bond was set by Court Commissioner Larry Keating, who called Smith's coverup attempts "cruel."

According to the criminal complaint, Smith admitted to shooting Martin in the back with a shotgun after the two had argued. The purported confession came only after Smith told multiple versions of what had happened.

The complaint indicated that Smith used cleaning supplies and perfume in an unsuccessful bid to hide the odor, which apparently stuck to his clothes and could be easily detected in the interview room at the Public Safety Building where Smith was questioned.

Investigators recovered a shotgun from the apartment and took samples of what appeared to be dried blood.

From the Office of Gov.... Read More

Arrest Made in Somers Shooting as Friends, Family Mourn the Victims