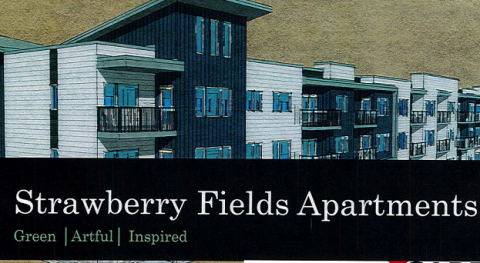 (WGTD)---A high-end, 916-unit apartment complex is being proposed for a 77-acre site along Highway 50 just east of the Strawberry Creek Golf Course.

The plan, as laid out in documents presented to Kenosha's development office,  includes two and three story structures with a large range of amenities such as a movie theater, game room, a sports lounge and running and biking paths.

The developer is Cardinal Capital Management, a national firm that's currently working to turn a former industrial site in Racine into a housing complex.

Cardinal, working in conjunction with Land Quest, a local real estate and property management firm, is seeking reaction to the project from Kenosha's Plan Commission. The item is on the Commission's Dec. 5th agenda.

Judging from staff comments, the developers have a ways to go before anything is final. Staff members are raising questions about density, the quality of the proposed building materials, lack of variation in building design and the layout of the  road grid. The development is so large that the companies are proposing two new public streets.

In a cover letter sent to the city, the developers say they believe the project will pull in a "talented workforce from Milwaukee and Chicago."

Also on Thursday, the Plan Commission is expected to consider the final two buildings of a four-building campus being developed by Uline near State Highway 142. One of the proposed distribution buildings is over a million square feet while the other is 643,000 square feet.