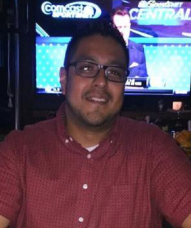 (WGTD)---Without saying why, investigators are asking residents of Ozaukee and Sheboygan counties for help in finding a missing Kenosha man.

40-year-old Rosalio Gutierrez has been missing since Sunday. Gutierrez' girlfriend found an open door and blood in his Woodcreek apartment on Tuesday.

Kenosha police put out a news release Friday afternoon asking residents of those eastern Wisconsin counties  who may have information about the case or who may have seen Gutierrez to give them a call.

Ozaukee County includes Mequon, the home of a man who was charged in Kenosha County this week for stalking Gutierrez and his girlfriend. The woman is the man's former girlfriend.

39-year-old Zachariah Anderson has not been charged in connection with the disappearance. But he is facing additional charges stemming from a police stop in which he was found to be carrying 27 pounds of pot from Washington state to Kenosha.