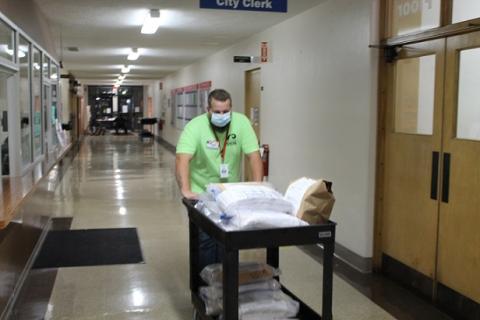 (WGTD/AP/WPR)---Kenosha Mayor John Antaramian says a GOP-backed investigation into the 2020 election Wisconsin is a colossal waste of time and money for the city.

Antaramian, and the mayors of the state’s four other largest cities, including Racine, are receiving subpoenas from former conservative state Supreme Court Justice Michael Gableman, who is leading the probe.

The cities shared a $6.3 million election administration grant from the Center for Tech and Civic Life, a group founded by Facebook CEO Mark Zuckerberg and his wife, Priscilla Chan.

The grants have come under sharp scrutiny from Republicans, who argue they enabled too much outside influence over how elections were run. But Antaramian noted in an email to reporters Wednesday that the courts previously upheld the propriety of the grants.

The new subpoenas are the latest issued in the ongoing Gableman investigation. Last week, subpoenas were issued to election officials across the state, as well as the Wisconsin Elections Commission.

According to the Commission, local clerks referred just 13 allegations of suspected fraud in the November 2020 election to district attorneys. Nearly 3.3 million votes were cast in the state.

In an interview with the Milwaukee Journal Sentinel, Gableman admitted to not understanding how elections work.