Kenosha Woman Dies As She Begs for Help From 911 Dispatchers 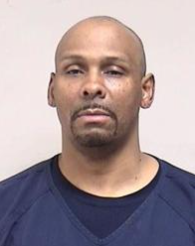 "In listening to the recording, Ms. Brown can be heard screaming for help, crying, saying he's trying to kill me," said Kenosha County Deputy District Attorney Angelina Gabriele at a bond hearing Wednesday afternoon for her live-in boyfriend.

51-year-old Ranon Brownlee was ordered held on a bond of $1 million by Court Commissioner Dick Ginkowski.  A charge of 1st Degree Intentional Homicide is expected to come Thursday.

Brownlee accused Brown of cheating on him over the weekend, according to Gabriele. Brownlee sent threatening text messages to her Sunday evening. "He says you played me all weekend. Have fun tonight like it's your last," Gabriele quotes Brownlee as saying. "You already cheated. The crime is done. The state can have my kids. They're better off. I don't care what happens to me. Life is over to me. I'm done. I can't take it no more."

Dispatch received Brown's 911 call at about 5:20 Monday evening. In addition to her pleas for help, dispatchers could hear a scuffle and stabbing sounds. "The dispatcher asks Ms. Brown if she's still with her," Gabriele said. "There's silence, and then there's the sound of what appears to be a shotgun going off," she said. The 911 recording also includes a man's voice asking repeatedly, "Who are you f******?"

Seconds after the shotgun blast, the first officer arrives on the scene and finds Brown's bloody body on a stairwell that exits to the side of the home. Brownlee surrenders. Attempts to revive Brown at the scene by police and paramedics were unsuccessful. Six children who'd been in the home heard parts of the argument but weren't present for the physical violence, Gabriele said. Police said they arrived within two minutes of receiving the call.

Pointing to wounds to his hands, Brownlee claimed self-defense. But Gabriele said the wounds were not consistent with defensive reactions.

A public defender who was representing Brownlee at the bond hearing said Brownlee drove a truck for a food delivery company and is a Kenosha native.

An autopsy indicated that Brown suffered multiple stab wounds and had been shot in the back of her shoulder.