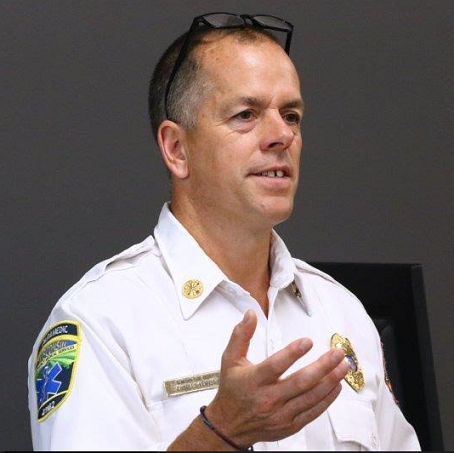 (WGTD)---Kenosha will soon be searching for a new fire chief.

Charles Leipzig announced his retirement, effective at the end of the year.

The 54-year-old Leipzig was appointed to the position by the Police and Fire Commission four years ago.

He'll best be known for two things--commanding the department during the spate of arson fires that broke out during the civil unrest tied to protests over the police shooting of Jacob Blake. He also guided the consolidation of two fire houses in a project that included construction of a more centrally-located station at 52nd St. and 22nd Ave.

In an email, Leipzig said his plan had always been to retire between 53 and 55 in order to spend more time with his family. He said he plans to remain in the community and spend part of his time serving as a volunteer.

"It has been a rewarding career and I have been privileged to serve in the role I have," Leipzig said. "I am so fortunate to have led a great organization through some pretty tough times and our staff is second to none as far as pride, dedication and courage."

Another key official in the department will be retiring at the end of the year.

James Poltrock, Emergency Medical Services Division Chief, has been with the department for more than 26 years.