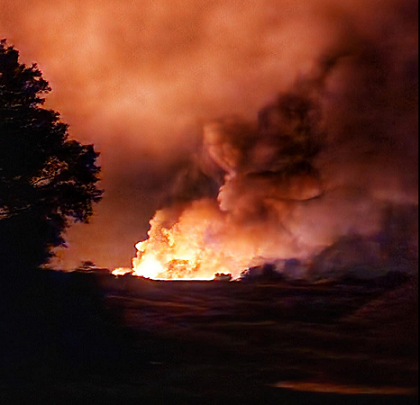 (WGTD)---Fire destroyed a storage facility and its contents near Elkhorn Monday night.

A tenant who lives on the old Vanderveen Farms property on County "O" in Sugar Creek spotted the flames just before 9 p.m. The first units on the scene saw fire shooting from the doors of the 40,000 sq. ft. facility. Before long, part of the roof collapsed.

The facility is actually a series of four metal structures set back from the road by about 300 ft., he said.

10 boats were destroyed along with 50 "vintage" snowmobiles, according to Smith.

The cause remains under investigation. The building was unoccupied at the time.

There were no injuries.