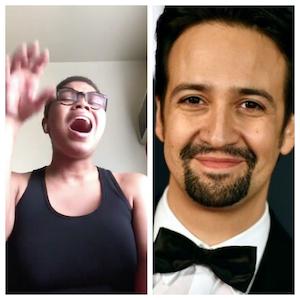 Khaila Wilcoxon, an Indian Trail High School Alumni, tweeted a video singing a song from "Hamilton" entitled “The Room Where it Happened.” The video, posted to Twitter, was shared by Lin- Manuel Miranda. As of publishing, over 12,000 people liked the tweet.

"Hamilton" centers around the story of Alexander Hamilton and the founding of the United States. The musical's cast was made up predominantly of people of color and featured rap music as the primary driver of the narrative. The musical became one of the highest grossing plays in Broadway history. According to "The Wrap," the play grossed nearly $650 million dollars during its original run. The original cast is no longer performing the show, although regional productions were running across the country before the pandemic.

A recorded theater performance of  “Hamilton," featuring the original cast, was released on the streaming service Disney Plus July 3rd. The release was a hit with younger members of the Millennial and Gen Z generations (those born after 1980 through 2010) who posted their own cover versions of famous songs from the show on social media. The Chicago Tribune reports that signups for Disney Plus were up 79 percent as a result of the debut of "Hamilton."

This is not Wilcoxon’s first taste in the limelight. She is a part of the Tony and Grammy Award winning Broadway show "Hadestown," currently on hiatus due to the pandemic. Wilcoxon also performed with the rest of the "Hadestown" cast on the Tony Award broadcast in 2019.