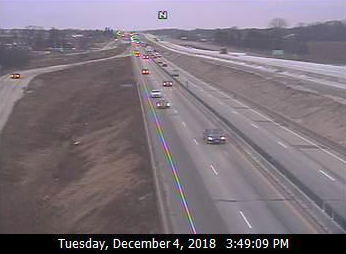 In part of the I-94 construction zone in Kenosha and Racine counties, a new traffic pattern will be unveiled in time for Thursday morning's commute.

New north bound pavement on the south end of the project will be opened. North bound traffic will be shifted between State Highway 142 and 7 Mile Road, and a third lane opened.

Ramps along this portion of the highway will be opened at a later date, according to a DOT news release.

New pavement and a third lane between State Highway 20 and Country 'G' will be opened next week, weather permitting, the DOT says.