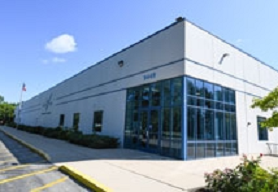 (WGTD)---Kenosha Unified's LakeView Technology Academy could be moving to a new location in the coming years.

In a partnership with Gateway Technical College, the specialty school that boasts of some of the highest high school standardized test scores in southeast Wisconsin has been preparing students for high-tech careers in space that's leased from the Kenosha Area Business Alliance near LakeView Corp. Park for the past 24 years.

Discussions are underway between KUSD, Gateway, KABA and the City of Kenosha that could result in LakeView becoming one of the first occupants of the Kenosha Innovation Neighborhood. That's the community that's being planned for the vacant 107-acre, former Chrysler Engineering Plant site.

Speaking on a recent edition of WGTD's Community Matters program, Mayor Antaramian revealed the possibility that LakeView could become part of the planned development.

The move would enable LakeView to expand, Battle said. "The current site...has some physical limitations that are an impediment to further growth," Battle said in an email that was forwarded to WGTD by the school district.

The number of students who apply to attend LakeView usually exceeds the school's 400-student capacity, forcing school officials to hold a lottery to winnow the number of applications.

Education is a big component of the development as envisioned by Antaramian. In addition to Gateway, UW-Parkside, Carthage College and Herzing University are all part of the planning process. The idea is to create an attractive live-work-play neighborhood that'll draw in both talent and private tech companies.

The SmithGroup, an integrated design and engineering firm, is in the process of developing a master plan.