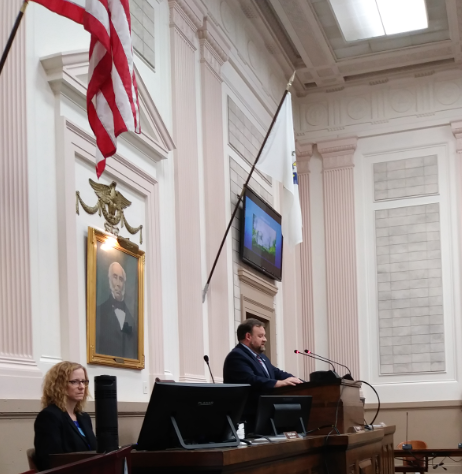 Racine Mayor Cory Mason unveiled his proposed 2019 budget for 2019 Wednesday night, telling city council members that it's designed to strengthen neighborhoods and promote the correction of various racial and economic-based inequities in the community while at the same time keeping taxes low.

"For too long this community has led in unemployment, with some of the largest inequities by race in the entire country," he said. To help address the issue, Mason said he wants the council to create the position of Strategic Initiatives and Community Partnerships Officer.

With new development and Foxconn on the horizon, Mason indicated now is the time to seize the moment and tackle issues that may not have been as vigorously addressed in the past as they should've been because of a lack of funding.

Thanks in part to a growing tax base, Mason's proposed budget includes the largest reduction in the tax rate in over 10 years.

Repeating a theme made in previous speeches and interviews, Mason said it's imperative that all segments of the community benefit from Foxconn.  To that end, Mason said he wants the city to continue supporting worker training partnerships with Racine County and Gateway Technical College. "We will not have succeeded as a community if we see large economic growth but doesn't also close the inequity gaps that exist in our community," he said.

In a bid to strengthen neighborhoods, Mason is proposing to add inspectors, issue loans and grants for home repairs and selectively re-install some street lights that were eliminated because of tight budgets.