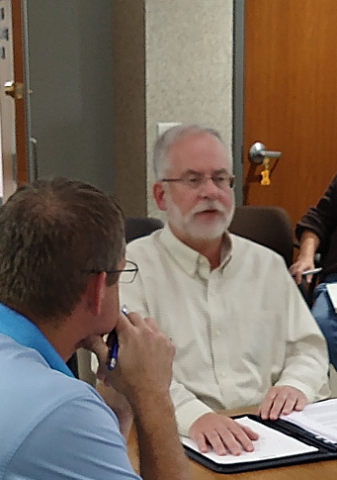 (WGTD)---Support appears to be building for a thorough analysis of government’s response to the demonstrations and riots that occurred following the 2020 police shooting of Jacob Blake.

County Board Supervisor Dave Geertsen is spearheading the move to hire a company to study procedures that were in place, and make recommendations. "It's not about assigning blame," he said. "It's a way for our community to do getter if a thing like this would happen again."

The findings could also be applied to produres for dealing with other calamities, such as natural disasters.

The matter was discussed at a meeting of the county board’s Executive Committee Thursday night. No one spoke against the idea. Supervisor Terry Rose said a review should’ve been conducted two years ago. "it is worth looking at an analyzing," he said. "Let the chips fall where they may."

County Executive Samantha Kerkman is said to be supportive of the concept.

Funding for such a study is expected to be included in the next budget.

Geertsen said he became interested in advocating for a review after seeing armored vehicles drive past his home around the time of the riots. He said it reminded him of his visits to foreign countries.