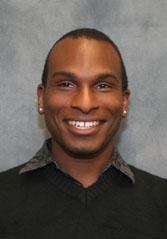 Kenosha County Board Supervisor Dayvin Hallmon has launched a campaign to affect change he says could help prevent a mass shooting in Kenosha. Hallmon told the City Council last night that the root cause of mass shootings---like the one in Orlando---and---the deaths of primarily black men by law enforcement, is bias, and he hopes that legislation will be passed by the city and the Kenosha County Board by the end of the year to address those biases.

Hallmon cited the Human Rights Campaign's Municipal Equality Index---and---Kenosha's low score on the index, saying that action at the local level is necessary. Hallmon is asking city and county officials to adopt recommendations from the Human Rights Campaign and "Campaign Zero," developed by the organization "Black Lives Matter," which include such actions as the creation of a Human Rights Commission, placing body cameras on all law enforcement officers, and creating law enforcement citizen review boards.

Hallmon will also address his concerns, and his call for action, at tonight's Kenosha County Board meeting.