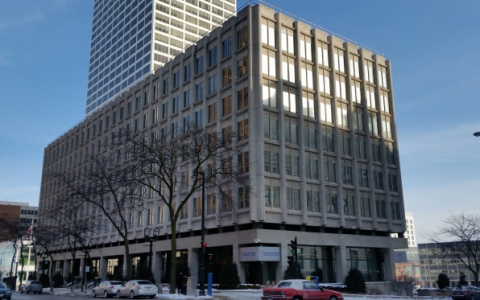 (WPR)---The head of the Wisconsin Economic Development Corp. (WEDC) says there has been "tremendous" amounts of communication with Foxconn, however she doesn't have a sense of whether the company met its job goals in 2019 to receive state tax incentives.

WEDC CEO Missy Hughes told WPR's "The Morning Show" that she will wait until Foxconn submits its job report to her office April 1 before commenting further on the company’s job creation.

Foxconn had to create a minimum of 520 jobs in 2019 to be eligible for state tax credits, according to the current contract with the state. Whether that number will change is unclear.

In December, Gov. Tony Evers said he thought the state and Foxconn would renegotiate its contract because the company is no longer building the product it promised when they agreed to the deal in 2017.

"WEDC has worked with other companies to amend their contracts to raise or lower their job targets," WEDC spokesman David Callender said Thursday when asked about possible changes to job targets. Callender would not comment on whether a contract renegotiation is currently underway.

In 2018, Foxconn reported 192 jobs, and WEDC verified 113 jobs as eligible for the credits, Callander said. Foxconn’s job goal in 2018 was 260, so the company didn't qualify for tax credits.

Meanwhile, Foxconn founder Terry Gou told Bloomberg this week the company’s Mount Pleasant manufacturing factory for "fifth-generation wireless and artificial intelligence applications" would be up and running this year, although he didn't elaborate further.

Gou also said he "intends to send more employees over."

Hughes said Thursday employers across the state are having a hard time finding workers.

"We have a population that is not increasing at the same needs that we have for jobs, so everyone is having that conversation," Hughes said. "Foxconn is just one of our businesses that is approaching us with 'How can we do that. What are the innovative ways we can increase our workforce.'"

One of those ways, Hughes said, is bringing people back into the workforce who are currently staying home because they can’t afford child care or they are caring for an elderly adult.

"I know Foxconn has been doing a lot of work with that too," Hughes said.

Evers didn't mention Foxconn during his State of the State address Wednesday, despite the project once being envisioned as a $10 billion investment in Wisconsin.

Hughes said Foxconn takes up a lot of the conversation about economic development in Wisconsin. Because of that, Evers wanted to focus on the rest of the state.

"We want to make sure rural communities and small businesses across the state also know that they can also access the economic development opportunities that the state offers," she added.

A $3 billion incentives package was approved for Foxconn by the GOP-controlled state Legislature in 2017. Incentives are based on job creation. That same year, the village of Mount Pleasant and Racine County created a special financing district to pay for a $764 million investment to support the Foxconn project. The investment has since been increased to $911 million.