Bar Owner Welcomes Charges in Connection with Damage to His Business 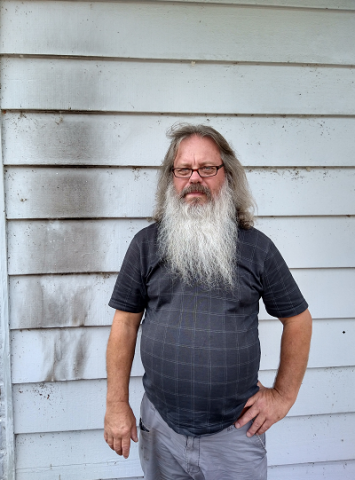 (WGTD)---The owner of a Kenosha bar that was targeted by arsonists in the unrest that followed the shooting of Jacob Blake last summer is welcoming news that two men have been charged in federal court in connection with damage to his business.

Rich Willie, owner of Charlie’s 10th Hole Bar, says vandals tried twice to torch the place the night after the Blake shooting. The business was closed at the time. Surveillance camera video shows the suspects trying unsuccessfully to light the exterior of the 22nd Ave. building on fire, and throwing a fire bomb into the place through a broken window.

Smoke from the device could be seen on an inside surveillance camera billowing up around the ceiling. Willie says that’s what prompted him and his brother to go to the bar to investigate. "I figured the building would be up in flames but it wasn't," Willie said.

The molotov cocktail burned out behind the bar, and scorch marks is all that's left of the effort to burn the outside of the building.

Willie says he doesn’t understand why his business was targeted. "What did I have to do with anything," Willie asks. "Why are they picking on my business. I could've lost my business. I put my blood, sweat and tears into it and they just want to take it away."

A total of four men were charged in federal court in connection with damage and/or looting to four businesses. In addition to Charlie’s, they are the CVS Pharmacy located across the street from the bar; B & L Office Furniture and the Citgo on Roosevelt Rd.