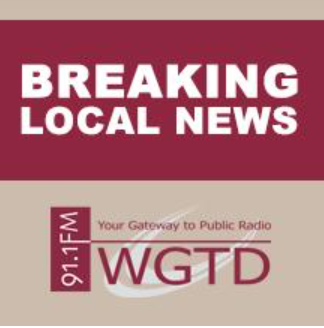 (WGTD)---A man on suicide watch in the Racine County Jail died Tuesday evening following a “medical event,” according to a news release from the Racine County Sheriff’s Dept. It was the second death of an inmate in three days.

The Tuesday night death came as jailers were trying to prevent the man from smashing his head against a cell wall. “When the jail staff took steps to medically evaluate the suspect and prevent him from harming himself, he experienced a medical event which led to him becoming unresponsive,” the news release said. “Medical staff, which was present and standing by, immediately provided medical care and additional emergency personnel were summoned to the jail.  Ultimately, the suspect did not regain consciousness, and he was pronounced dead.”

The man was jailed on Saturday after he started a series of small fires in his apartment, forcing the evacuation of 14 tenants. The fires were preceded by a call to dispatch in which the man reportedly said “he just didn’t know what to do” and that “he did not want to die and asked for them (the police) not to kill him,” according to a criminal complaint.

Although the sheriff’s dept. release did not identify the inmate by name or mention his age, the information that was offered aligns with charges that were filed earlier Tuesday against 27-year-old Malcolm Jones. According to online court records, Jones refused to come out of his cell for his initial appearance Tuesday.

The release says the inmate was placed in a high-visibility cell soon after his arrest on Saturday because of concerns that he would try to harm himself. After he was observed repeatedly smashing his head against the wall, the inmate was taken to the hospital for treatment but then later returned to jai. where the second head-smashing incident occurred which preceded his death.

The death is being investigated by the Kenosha County Sheriff’s Dept., which is also looking into the death of a 22-year-old inmate who died Saturday morning.

Ronquale Ditello-Scott Jr. had been booked into the jail overnight Friday after he was pulled over in Waterford for reckless driving. Deputies searched his vehicle and recovered multiple forms of marijuana, drug paraphernalia and open intoxicants. Ditello-Scott failed a field sobriety test.

A news release says the man—who was allowed to fall asleep in a holding cell—appeared fine at 7 a.m. But an hour later he was observed by a nurse to be yellow in color and not breathing.

An autopsy is expected to be performed.