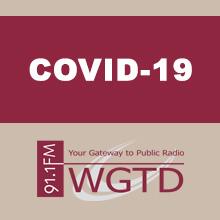 (WGTD)--Deaths due to COVID-19 in Racine County are increasing just as a mandatory mask ordinance takes effect in the city.

Over the span of a 12-day period ending Thursday, the Racine County Medical Examiner reported 13 deaths. Only one death was reported by the state in Kenosha County during the same period. There were three in Walworth County. The state's daily average through the period toggled mostly between 7 and 8.

Nine of the deaths occurred in the City of Racine.

City of Racine health department officials told the city council this week that most of the new cases are among the unvaccinated, and are between the ages of 18 and 44. The council voted 8-6 Tuesday to reinstate a mandatory mask ordinance for indoor, public places.

According to hospitalization data relayed by NPR, Racine County's largest hospital, Ascension All Saints, at the end of last month had a daily average of 20 COVID patients. 81% of its beds were filled in total. The hospital's ICU had a usage rate of 56%.