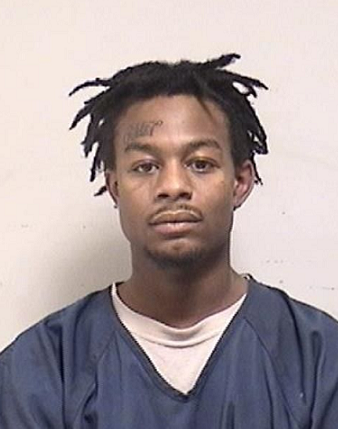 (WGTD)---A Kenosha police officer says he was tempted to draw his gun and shoot as a driver appeared to be intentionally trying to run him down over the weekend.

Officer Eric Fish says he held his fire in part because the car was filled with numerous passengers, and he didn’t have time to react.

Neither did he have time to completely dodge the vehicle, which was traveling at between 15 and 20 miles per hour. He says he was struck and wound up on the hood before rolling off.

Fish and other officers had been trying to break up a disorderly crowd in a grassy parking lot across from Coins Sports Bar on 52nd St. early Sunday morning.

After purportedly striking Fish, the driver, 23-year-old Ricky Robinson, was pulled over a few blocks away. He was arrested after a short foot chase.

Robinson apologized for hitting the officer, saying he had too much to drink. Robinson’s apologetic behavior didn’t last long. The complaint says he turned hostile at the hospital where he was initially taken for a blood draw.

In court Tuesday, bond was set at $25,000. The officer who was struck was treated and released.

Meanwhile, a 23-year-old Racine man who allegedly forced his girlfriend at gunpoint to lead police on a high-speed chase through the Regency Mall parking lot over the holiday weekend has been charged.

According to the criminal complaint, Daivontae Johnson was upset because the woman wanted to move out. He then ordered her to drive to the mall so he could buy her things.

Police caught up to the couple's vehicle in the mall parking lot. A several-minute pursuit reportedly reached speeds of over 60 miles per hour before officers broke it off.

Johnson re-surfaced a few minutes later---he ran into the TJ Maxx store where he was arrested.

The woman told police that Johnson fired his gun twice into the floorboards during the pursuit.

At the time of his arrest, Johnson was out on bond on other charges.