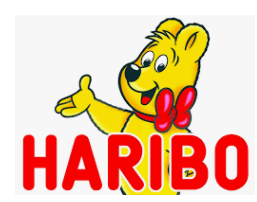 Initially, village officials were considering imposing a new tax to make up for the shortfall. Since its inception 20 years ago, the facility, up until this year, has been more than self-sustaining, so much so that in recent years the RecPlex has sent to village coffers $500,000 annually for various support services, with any leftovers earmarked for property tax relief.

Those initial plans for a new tax have been scrapped, thanks to HARIBO, the German-based company that's planning on making Gummy Bear candy and other products at a new plant that's soon to be under construction in Pleasant Prairie.

At a village board meeting Monday night, Pleasant Prairie Administrator Nathan Thiel announced that the company will donate $1.3 million upfront to pay for 30 years' worth of memberships for its employees. Thiel says the donation will cover most of the RecPlex's annual mortgage payment. "We are extremely grateful and consider this a very significant sponsorship and donation from HARIBO," Thiel said.

In addition to the $1.3 million, HARIBO plans to donate $200,000 to offset the cost of memberships for lower-income families.

The announcement came shortly before the village board approved next year's operating budget.

Even with the donation, the RecPlex is anticipating another difficult year as the nation begins to emerge from the outbreak. Expenses are being cut and capital projects have been put on hold.