Kenosha Alder: "We Just Showed the School Board How to Run a Meeting" 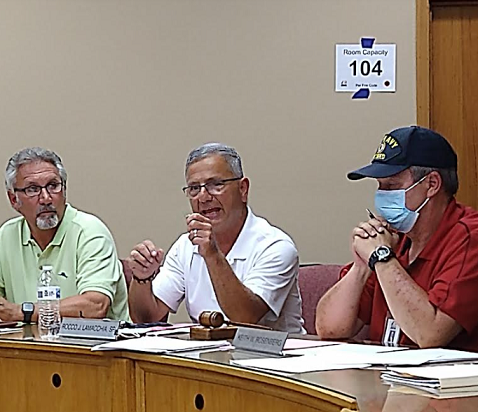 Last week the Kenosha School Board canceled a meeting after the large audience refused to social distance and take advantage of overflow meeting rooms. But at a meeting this week of the Kenosha City Council’s Public Safety and Welfare Committee, it was largely business as usual. The small, poorly-ventilated meeting room was packed, and few people wore masks.

A proposal on the agenda to reinstate a mask mandate in indoor, public places in Kenosha was the biggest crowd-generator, with most of those who showed against the idea. The committee voted unanimously to recommend against council adoption of the ordinance.

Afterward, committee chair Rocco LaMacchia got a cheer from the crowd when he took a jab at the school board. "We just showed the school board how to run a meeting," he said.

In a phone interview with WGTD, Kenosha County Public Health Department Director Jen Freiheit refused to criticize the city for its handling of the meeting. But it’s clear who would get a gold star, and who wouldn't. "We are not in a place right now where we should be relaxing these precautions. I mean social distancing, hand-washing, mask wearing," she said. "Staying home if you're sick and getting tested if you have any of the classic symptoms," she added.

56 new cases of COVID were reported Thursday in Kenosha County.

Hospitalizations are about half of what they were during the pandemic's peak late last year, she said.