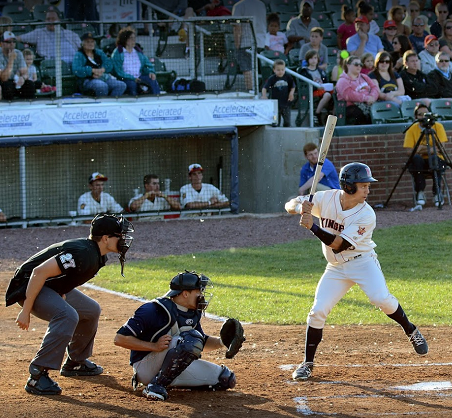 (WGTD)---Despite the pandemic, the Kenosha Kingfish will launch a shortened season at Simmons Field July 15th, with numerous safeguards in place.

Marketing Director Lauren Baca says the team, working in conjunction with the Kenosha County Health Department, carefully weighed its options and determined that some play is better than no play for the fans, the team’s bottom line and the college-level players. "We've put together the best plan we can for bringing fans in and doing the most we can for not spreading this horrific disease," she said. "It will be tough. It will be an interesting season to say the least."

And a shorter one--26 games compared to a usual season of over 70. Play will be confined to what essentially amounts to a split squad. The Kingfish won't be traveling to other Northwoods League venues and no teams will be coming in.

For the fans, masks will need to be worn as a condition of entry and they’ll need to stay on until the fans reach their seats. Masks will be required in all commons areas of the stadium, such as restrooms and concession stands.

Baca says the team knows that reaction to the mask-wearing requirement cuts both ways, based on fan surveys done earlier. "Some people will speak up and say we won't come unless you have face masks then there's the 'other hand' thing," Baca said.

The crowd size is expected to be held  at 30% capacity and a seating plan will be in place that'll separate households and groups.

Existing ticket holders get first crack at the seats, with ticket sales opened up to the general public on Tuesday.