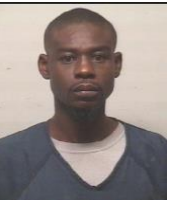 Anderail Armstrong’s nickname is “Cash.” Armstrong is also wanted for questioning in a reckless homicide case.

It wasn’t immediately clear if Armstrong has been tied to a recent Kenosha case in which a 54-year-old woman was charged with giving drugs to four people who overdosed, including her daughter. Deborah Turner’s boyfriend also overdosed and he later died, but she hasn’t been charged in connection with the death.

Anyone with information is being asked to call Kenosha police or leave an anonymous tip at Crime Stoppers. The number is 656-7333.
-0-