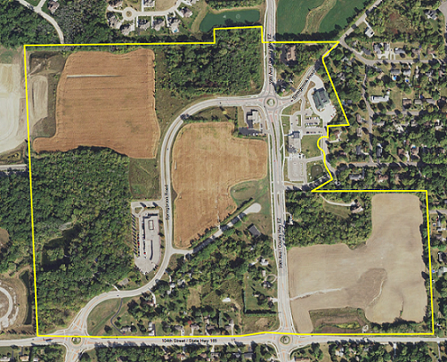 (WGTD)---A public market, an art facility of some kind and housing are key elements of a proposed "village green" for Pleasant Prairie.

Although the draft proposal won't be formally unveiled until a late March open house, Village Administrator Nathan Thiel talked about a few aspects of the plan in a WGTD News interview this past week. The conversation came as the village opened an online survey to gauge respondents' levels of interest in specific types of events, displays and programming that such a center should offer.

The facility has been dubbed the "ArtPlex" after the village's highly-successful "RecPlex" fitness center. But Thiel said it's not a sure bet that the name will stick.

Thiel hopes the results of the survey will give the ad-hoc village green planning committee a stronger indication of the viability of such a center. "We can dream big and have lofty goals and typically with the creative thought processes that's usually a general requirement," Thiel said. "But we also realize we need to be practical--what are the true needs of the community and what are the desires and aspirations of the community," he added. The survey is available on the village's home page. Residents and non-residents alike are invited to respond.

Thiel also confirms that a permanent, full-time, indoor public market with anchor tenants is another key element, as is housing. "With all of the jobs that are being created in Pleasant Prairie, there's a need for housing," he said.

The steering committee is made up of several dozen private citizens, village staff members and representatives of a consulting firm that's been hired by the village. The committee is an outgrowth of a planning process that began over a year ago with a call for volunteers from within the village who were willing to meet in sub-committees on a regular basis.

Another precept is the need for the development to be market-driven and not directly duplicate entities that are already in existence in the area.