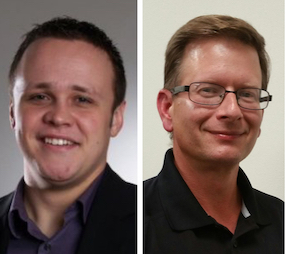 (WGTD)---In Wisconsin, April is a month of transition for local school boards.

Incumbents who won re-election earlier in the month begin new terms. Other board members, either by the choosing of their own or by the electorate, step down, and their places are taken by challengers who were victorious.

For some of those new board members, it’s a time where great optimism gives way to the realities of the job, according to three former members of the Kenosha School Board who spoke on a recent edition of WGTD’s Education Matters. Terms served by Mike Falkofske, Carl Bryant and Gary Kunich overlapped at times over a ten-year-period. (Falkofske hosted the show.)

Kunich, a former education reporter for the Kenosha News, says he was motivated to run for the board after seeing things he didn’t like. "I think like everybody else you get these one or two key things that really either makes you mad about the current board or makes you mad about something else...it just fires you up to say I'm going to get in there. I'm going to make a difference," he said.

Once seated, Kunich said he realized that making change wasn’t as easy as it looked from the outside.

Another board member, Carl Bryant, said new board members shouldn’t go in with preconceived notions because there's a lot they don't know. "There is a huge learning curve," he said.

All three said serving as a school board member is a huge commitment.

Bar Owner Welcomes Charges in Connection with Damage to His Business