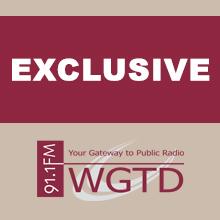 (WGTD)---A Kenosha physician and infectious disease expert chided the Kenosha County Board of Health Tuesday for not advocating for stronger measures to control the spread of coronavirus.

Dr. Steven Schwimmer, a former chairman of the board, suggested that the panel should be pushing for a county-wide ordinance like the one currently in place in the City of Racine. Among other things, the ordinance caps capacity levels for some events and establishments.

"This is the health department. This is the outfit that has to lead on this and has to be able to execute on this," Schwimmer told the board at its regular monthly meeting.

Schwimmer repeatedly pressed Division of Health administrator Jen Freiheit on whether she has the resources to contain the virus. Freiheit was reluctant to admit that she didn't, but then went on to say that a host of things, if implemented, could make a difference.

Said Schwimmer: "The fact is we will never get this under control and be able to keep it under control until the Division of Health has the capacity and authority to do case finding and contact tracing on a continuing and long-term basis. This is not going to go away. We need to get to a new normal that includes a much more effective and larger, public activity than what we have had till now."

At the beginning of the meeting, Freiheit said an increasing number of people who've tested positive for the virus and their close contacts are refusing to cooperate with health department investigators. "We've heard comments of people saying 'well I don't want to tell you where I've worked. I've already contacted all my friends that I went out drinking with last night and I'm not going to give you those names,'" Freiheit said.

About 13% of the people that the department has contacted since July 1st have refused to cooperate. In addition, Freiheit admitted that the department doesn't have the staff to periodically check up on whether 'positives' are adhering to quarantine guidelines, something that Schwimmer maintained is accomplished in other jurisdictions with case loads that are just as high.

Schwimmer said the county board needs to take a stronger stance and give the health department more tools and resources to do the job.

The chair of the health board promised that the panel would discuss Schwimmer's concerns at a future meeting.

The number of new positive cases in Kenosha County is rising at a rate that's a bit less than in July when a new surge in cases began, Freiheit said.