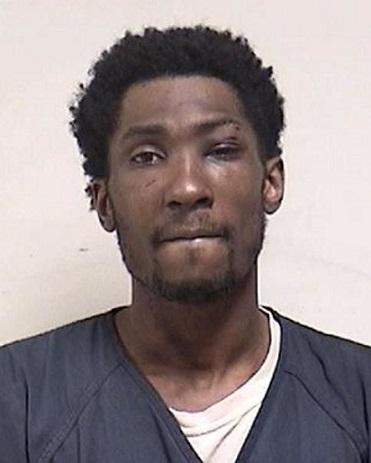 Bond for 24-year-old Raykayo Vinson was set at $4 million Monday. Formal charges are expected to be filed on Wednesday.

No additional suspects are being sought in connection with the three deaths and the wounding of three others, said Kenosha County Sheriff Dave Beth at a news conference following the bond hearing. He left open the possibility that some individuals "distant" to the main narrative could potentially be charged. As an example, authorities are still looking into how Vinson fled from the area.  He was later arrested in the Racine area after a relative called police to report that Vinson had taken his car without permission.

In relaying details of the shootings, Beth said two of the fatalities occurred inside the bar and the third man who died was hit in an exchange of gunfire with the suspect in a neighborhood across the street. That man died on his way to the hospital.

The shootings apparently stemmed from a "bump" in the packed bar, according to Graveley. The shoulder bump led to an altercation and Vinson being punched.  As a result, several people were kicked out of the bar. Graveley said the owner pulled Vinson into another room to calm him down. But a short time later, Vinson reportedly reappeared in the bar room and started firing at individuals who'd been with the ejected patrons.

The three men who were shot and wounded had been on the bar's outdoor patio and apparently had no connection to the first group, Graveley said.

Summing up what triggered the deadly confrontation, Graveley said: "This was literally over nothing."

Vinson's attorney said the Racine man--a high school graduate-- had been employed as a machine operator. In arguing for a lower bond, Krystine Watson said she believed there was more to the story than what was laid out by Graveley.

In setting the high bond, Court Commissioner Larry Keating took into account Vinson's history of arrests for illegally possessing weapons, cases that date back 10 years, according to Graveley.

The men who died have been identified as Kevin Donaldson, 22; Cedric Gaston, 24 and Atkeem Stevenson, 26, all of Kenosha. The three injured men were identified as Jordan Momani of Kenosha and two Wonder Lake, Illinois men: Justin Haymond and Kevin Serratos. All three are in the early to mid 20s.