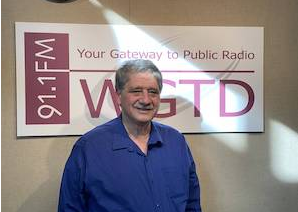 (WGTD)---In dealing with the pandemic, Kenosha Mayor John Antaramian is asking the public for patience, and he’ll be asking the city council to approve some mandatory requirements for businesses.

In speaking with WGTD Morning Show host Greg Berg Monday, Antaramian made clear that he thinks the reopening is moving too fast. "There's no question in my opinion that we are moving way too fast," Antaramian said. "I would have much preferred a more step by step process than what we have right now."

Antaramian said he realizes that people were getting antsy with 'Safer at Home' but he said common sense and perseverance are what's needed the most right now. "Think of your parents and grandparents who went through WWII and the depression. They did what they needed to do to make it out the other end. We can do that too.'

During Monday night's city council meeting, Antaramian revealed he wants the council to approve a measure to require that owners and clerks in retail establishments in the city wear masks. A copy of the proposal wasn't immediately available.

A preliminary vote is expected to be taken at a special meeting that’s expected to be held sometime this week. A final vote will come at the council’s first meeting in June.

A second measure—this one still in the drafting stage and under consideration--would set capacity limits and physical distancing requirements.

Finally, Antaramian inferred that he wasn’t happy with the county’s decision last week to abandon its local extension of Safer At Home after the Wisconsin Counties Association questioned the legality of it in the wake of the state supreme court decision that nullified the state order.

Mayor Antaramian, in his comments Monday night, said he wants to renegotiate the city’s contract for service with the county's health department, saying the city needs greater influence in its operation. Antaramian says he’ll be sending a letter to county officials.

The complete Antaramian interview with Greg Berg will air during Tuesday's Morning Show starting at 8:10.