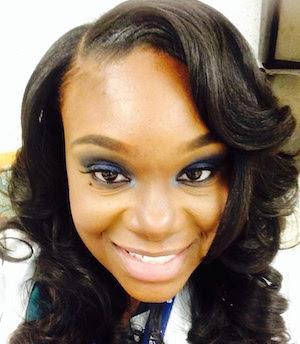 WGTD)---The Kenosha City Council will be a little less white and a little less male once 31-year-old Shayna Griffin takes her seat.

Griffin—a registered nurse who is black—was appointed Monday night to fill a vacancy created by the resignation of Pat Juliana. Juliana represented a north side district for many years. He resigned because he's moving to Sturtevant.

The remaining members of the council voted 11 to 5 to seat Griffin over Timothy Thompkins, a former human resources manager for the City of Racine who once was Kenosha's Affirmative Action Director.

Griffin will join Holly Kangas, the only female member of the current council, and Anthony Kennedy, the only African-American.

Before the vote, council members spent over 30 minutes interviewing the candidates in public.

Thompkins’ tenure with the City of Racine did not come under scrutinty. According to a report in the Racine Journal Times last year, Thompkins received a $215,000 one-time payment in connection with his resignation, which he termed a ‘retirement’. The paper’s story back then quoted Mayor Cory Mason and former City Administrator Jim Palenick as praising Thompkins’ accomplishments.

Griffin, a graduate of Bradford High School and Gateway Technical College,  is expected to be sworn in later this week.
-0-