New Ways to Travel in Both Kenosha and Racine 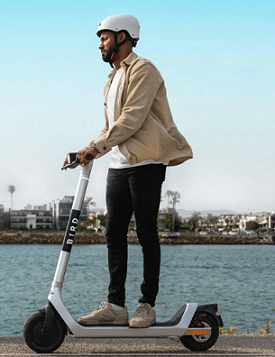 (WGTD)---Electric scooters are coming to Racine while people in Kenosha may soon be able to tour the downtown and lakefront areas by quadricycle.

The Kenosha City Council Monday night is expected to consider granting a license to Lakeshore Pedal Tours. The company plans to offer tours on 13-seat bicycles that are equipped with a sound system, a cooler for both alcoholic and non-alcoholic beverages and a trash receptacle. Routes would begin and end at the Kenosha Yacht Club. The bicycles would be driven by company employees.

In Racine, a company that operates in dozens of cities will soon be renting electric scooters.

The Racine City Council recently approved a pilot electric scooter ordinance and granted a license to a company called "The Bird."

Among other things, the ordinance dictates that the electric scooters are to be driven on the street and not the sidewalk. Riding in designated bike lanes where available is advised.

A news release from the city advises people who are interested in renting the scooters to download the Bird scooter app on their smart phones.