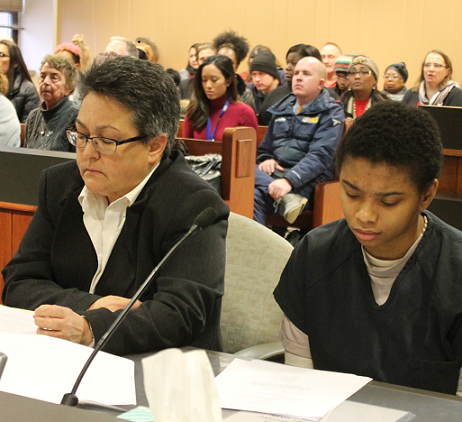 (WGTD)---A public defender has been appointed to the Kenosha bench by Gov. Evers.

The 57-year-old Benitez-Morgan has been a public defender in Kenosha County since 2008, handling a variety of cases, including some of the most complex criminal matters. She's currently co-chairing the defense of Chrystul Kizer, a case that's drawn national interest among advocates of human trafficking victims. Before serving as a public defender, Benitez-Morgan, according to a news release from the governor's office, was in private practice, specializing in real estate, intellectual property and family law.

In an interview with WGTD News, Benitez-Morgan said she left private practice for altruistic reasons. "My mother was one who was extremely influential in my life," Benitez-Morgan said. "She always raised me with the philosophy of if you see a need you fill it if you can. And that's what I found here at the public defender's office," she said.

Evers described Benitez-Morgan as a highly-skilled attorney who has dedicated her life to making sure that the courts treat everyone fairly and equally, regardless of background.

Benitez-Morgan said she never wants to lose those emphathetic feelings, adding that everyone needs to be heard and treated with respect.

The other finalists for the position were prosecutor Jason Zapf and long-time Kenosha County attorney Frank Gagliardi.

Benitez-Morgan says she plans to run for the office when Bastianelli's term expires next year.

Kenosha Cuts the Number of Apr. 7th Polling Places by Half