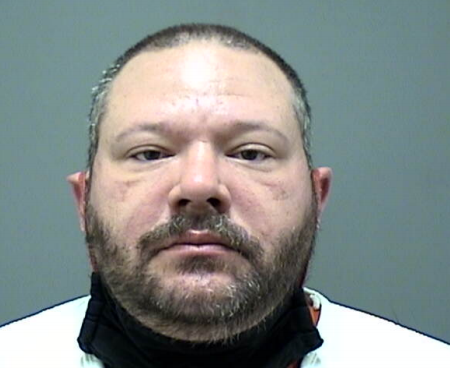 A 37-year-old Burlington-area man is under investigation for possessing pipe bombs and for allegedly sexually assaulting a child and committing other child sex crimes involving multiple victims. According to a news release, the pipe bombs were found in a safe in Kyle Gustin's home on W. Chestnut St. during a search that was performed June 15th. Gustin has yet to be charged. Anyone with information is asked to call the Sheriff's Dept. at 262-636-3312.

A Chicago-based non-profit has posted bond for Chrystul Kizer, the Milwaukee teen who's been sitting in jail for two years awaiting trial for killing a Kenosha man who'd been sexually assaulting her. The Chicago Community Bond Fund tells the Kenosha News that it stepped in Monday afternoon and paid $400,000. Kizer's case currently sits in appeals court where justices are expected to decide just how much leeway victims of sexual assault may receive for crimes committed as a result of their status as victims. District Attorney Michael Graveley has argued that while there's no doubt that Kizer was assaulted by the man she killed, there's no evidence to back up Kizer's claim that she was trafficked to other men. Graveley says the evidence suggests that Kizer killed the man because she wanted to steal his car. As a condition of her release, Kizer is to live with her mother in Milwaukee, earn her GED and stay out of trouble. A status hearing is scheduled for later this year.

Two separate gunshot incidents and a stabbing occurred over the weekend in Kenosha. The four victims all suffered non-life threatening wounds. The first incident occurred early Saturday morning in the area of 53rd St. and 21st Ave. A 29-year-old woman ad a 25-year-old man suffered gunshot wounds to their lower extremities. Late Saturday night. a 21-year-old man was shot multiple times in the 4000 blk. of 45th St. Then early Sunday a 34-year-old man showed up at the hospital with multiple stab wounds. Police said he was less than cooperative with investigators. As of last report, no suspects were in custody in either of the cases.