Pleasant Prairie: What One Hand Giveth the Other Taketh.. 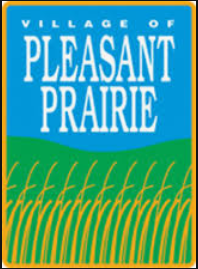 (WGTD)---Pleasant Prairie has won one battle in the state legislature but continues to fight another.

The village was left in the lurch after We Energies closed the coal-fired power plant in Pleasant Prairie which will result in the gradual elimination of $1.6 million in annual state aid. The village had qualified for the extra aid because it played host to the power plant. Such facilities are exempt by state law from having to pay property taxes.

$1.6 million is nearly 10% of the village's annual operating budget, according to a news release from Pleasant Prairie.

Meanwhile, there's been no movement in the Republican-controlled legislature to enact so-called "dark store" legislation. The measure would prohibit thriving big box stores from comparing themselves to vacant buildings for property tax assessment purposes.

Pleasant Prairie Premium Outlets is one of the latest retail entities to seek a drastic reduction in its property assessment. Next month the village board is expected to hire a firm to help it fight a lawsuit that has been filed against the village by Premium Outlets.

It's unclear from online court records what the company that owns the mall will use as rationale for the requested decrease.

A trial is scheduled for next fall.