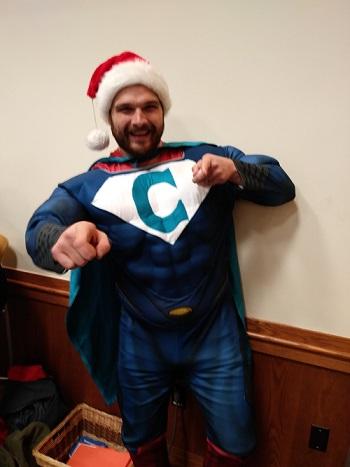 (WGTD)---City and county officials in Racine are already ramping up the effort to get people to respond to and understand the importance of the upcoming census.

About 100 government and civic leaders met at Gateway in Racine Wednesday to learn about plans to develop strategies to reach out to demographic groups that historically have a low response rate.

While the state has a whole led the nation 10 years ago, the last time the census occurred, some neighborhoods in Racine had a rate as low as 60%. Low-income residents, single-family households and Hispanics have some of the lowest rates. In addition, parents sometimes forget to include their children in the count.

The Racine County Complete Count Committee is co-chaired by Vicky Selkowe. "That's the gorup that going to help lead this work and help to figure out how do we get the word out," she said. "How do we overcome the fear. How do we build the trust in the community, and how do we very quickly saturate the community with messages about the importance of the census and encourage everyone to participate."

Most households will receive postcards in March with a code advising them to go to the online census site to answer questions. Other households, in areas that historically have a low response rate, will receive forms in the mail. If residents don't comply by the deadline, then they stand a good chance of eventually seeing a census worker at their doorstep.

The next meeting of the Racine committee will be January 16th from 5 to 6:30, at a location to be determined.

Speakers Wednesday underscored two points: Data compiled by the Census Bureau—by law—cannot be shared with other agencies. And disbursements by the federal government to municipalities under some 55 federal programs depends in part on population as determined by the every-ten-years census.