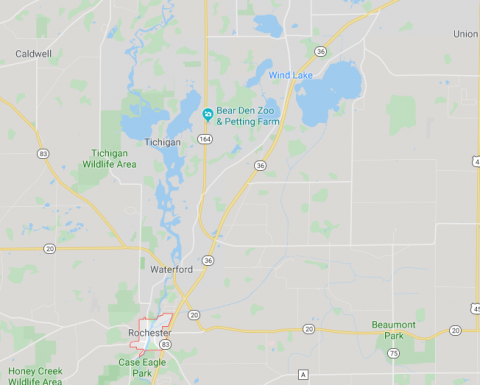 (WGTD)----A long-standing feud between several fire departments in western Racine County has led to rescue squads that are the closest to a scene being waived off in lieu of others that are much farther away, according to an investigation by the Racine Journal Times.

The root of the conflict, the paper reports, stems from an unwillingness by two departments--Tichigan and Rochester--to adhere to national and state emergency medical service and firefighting training standards. The dispute has mushroomed into allegations of harassment between firefighters, and fears that lives are being put at risk.

The Tichigan and Rochester departments--private entities that hold contracts with the municipalities they serve--are staffed by a mix of full-time and part-time employees, while the Village of Waterford has a firehouse that's staffed 24/7 by paramedics. The Tichigan and Rochester departments apparently have resented repeated calls by Waterford's fire chief to up their games and require higher certifications.

The paper documents one case in which a Tichigan rescue squad arrived at the scene of a call 33 minutes after it was dispatched, even though a Waterford ambulance was two minutes away and available.

No resolution appears in sight.