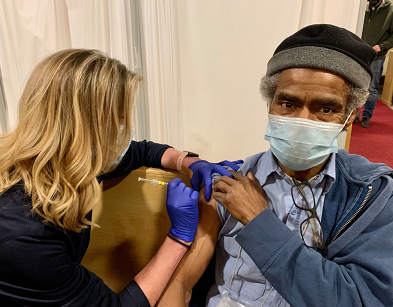 (WGTD)---Public health administrators in southeast Wisconsin are seeing patterns in the drive to get as many people as possible vaccinated against COVID-19.

In recording Wednesday's Morning Show program on WGTD, the deputy director of the Walworth County Department of Health and Human Services, Carlo Nevicosi, said  vaccination rates in his county are higher in areas that are more affluent.

For example, rates in the Williams Bay and Fontana areas are at 70%, twice as high as they are in Whitewater, considered to be one of the county’s poorest towns.

For example, the Wilson, Uptown and Lincoln Park neighborhoods in Kenosha where poverty is high have inoculation rates of just 25%. By contrast, about half of Pleasant Prairie’s population has received at least one dose.