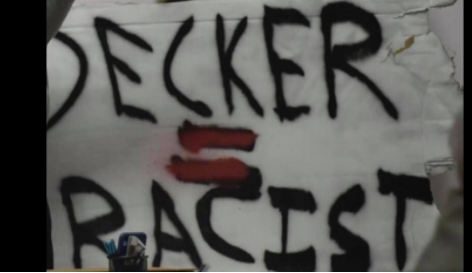 What drew several dozen speakers to Tuesday night's board meeting was a proposed resolution drafted by County Board Supervisor Terry Rose that establishes an action plan in response to the Jacob Blake protests and aftermath.

Kate Trudell argued that the resolution fails to adequately address the root causes of the unrest. "I read the resolution. While I think there are valuable comments about what happened in our community, the resolution largely ignores the elephant in the room when it comes to healing," she said.

The board was to have voted on the resolution Tuesday night, but the measure never made it through the executive committee, which quickly adjourned earlier in the evening after a noisy dispute broke out between County Board Chair John O’Day and members of the public over citizen comments.

Adding fuel to the fire were social media reports and video indicating that a young Black man had gotten roughed up by police earlier in the day in a case of mistaken identity.

To make matters worse, several speakers took umbrage at County Board Supervisor Erin Decker’s decision to sit with her back facing the speakers.

Decker said afterward she sat the way she did because she didn’t want to look at posters taped to the wall of the meeting room accusing her and other supervisors of being racist. She called the posters hate-filled lies.
-0-