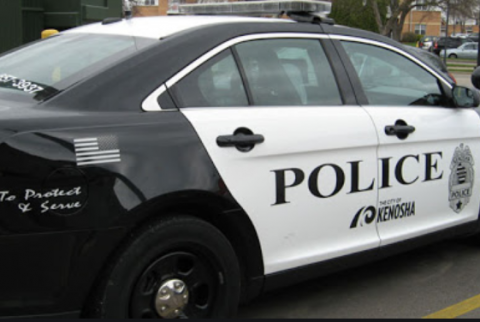 (WGTD)---A 27-year-old woman died as the result of a chain-reaction accident in Kenosha at Washington Rd. and 22nd Ave. late Saturday night.

According to a news release, a 36-year-old man blew a red light and collided with another vehicle, the impact of which involved a third vehicle driven by the woman who was killed.

Both the woman who died and the offending driver are from Illinois. The man and a passenger in his vehicle were taken into custody.

About 45 minutes later and less than a mile away, police made arrests in a 'shots fired' case after storming a house and arresting those inside.

According to a criminal complaint, an officer investigating a prior weapons incident in the 4800 blk. of 20th Ave. witnessed a person firing a handgun into the air from the balcony of a house. Three of the subjects who'd been inside refused to come out.

According to a news release, a search warrant was obtained, the tactical response team was called in, entry was gained, "chemical munitions" were deployed and arrests were made in addition to "multiple" firearms being recovered.

31-year-old Ricardo Dominguez was identified by police as the gunman, although in court Monday, Dominguez denied being the shooter.

According to a witness quoted in the criminal complaint, Dominguez allegedly fired the shots for no apparent reason. Dominguez, the witness and others had gone to the apartment after having patronized a bar to just "hang out."

Police responded to a third incident about two hours later near a bar and a laundromat on 60th St. at 32nd Ave.