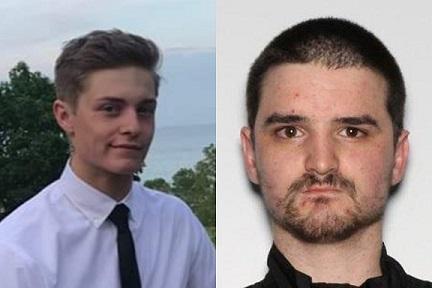 (WGTD)---It's still not clear why John McCarthy acted the way he did, but more has been released on what he did.

The 32-year-old McCarthy from Hartland is the gunman who shot and killed an Elkhorn man pumping gas at the Pilot Travel Center in Caledonia earlier this week, and shot at another driver before dying in a shootout with a deputy at a second gas station.

The state Division of Criminal Investigation said Thursday that McCarthy had wanted to steal the Elkhorn man's vehicle, but for whatever reason couldn't operate it. He then tried to carjack a second vehicle, but that driver took off without being injured.

McCarthy then got back into his own vehicle and traveled two miles to the Mobil in Franksville where he attempted another carjacking. But the man he approached was a plainclothes Racine County Sheriff's Deputy driving an unmarked squad. McCarthy and the deputy exchanged gunfire.

The D-C-I  says McCarthy then shot himself in the head.

The deputy--who hasn't been identified--is recovering from gunshot wounds that broke bones in his pelvis.

The Elkhorn man who was shot and killed at the Pilot plaza was identified as 22-year-old Anthony Griger. Griger was a graduate of Franklin High School.