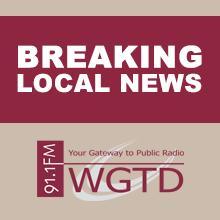 (WGTD) --- A 33-year-old woman died early Wednesday morning after her vehicle apparently hit a utility pole in the 1800 block of Washington Road. When police responded just after 2am they found a downed power line which was arcing and had started a small fire. But---they did not find a vehicle at the scene. While searching for evidence of a possible crash police located a heavily damaged vehicle in the parking lot of Stan’s Place at 1510 Washington Road. The woman was found trapped inside the vehicle under the steering column. Lifesaving measures were not successful and she died at the scene. No cause has yet to be determined---and---the identity of the victim has not yet been released.