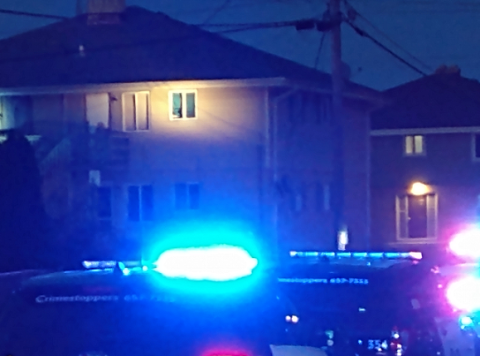 KPD responded to the 4000 block of 28th Avenue for a disturbance and a report of a person having a gun. When officers arrived a shot was heard, from behind the apartment building. Police secured the apartment building and evacuated residents while looking for active threats/injured people. KPD SWAT officers responded and conducted secondary searches finding no injured people. There is no one in custody and this investigation continues. No further details.  For ACCURATE information please follow Kenosha Police Dept. on Facebook and Twitter. Please call 262-605-5203 or Crime Stoppers 262-656-7333 with information.

(WGTD)---A stand-off of some sort is occurring on Kenosha's north side, not far from where Jacob Blake was shot.

The incident reportedly began with a report of gunshots around 7p.

At sunset, Kenosha police officers, sheriff's deputies and state troopers were on the scene.

A wide area was cordoned off with yellow tape. Floodlights illuminated some of the apartment buildings in the area.

A rescue squad and a fire truck were staging in a parking lot at 30th Ave and Washington Rd.