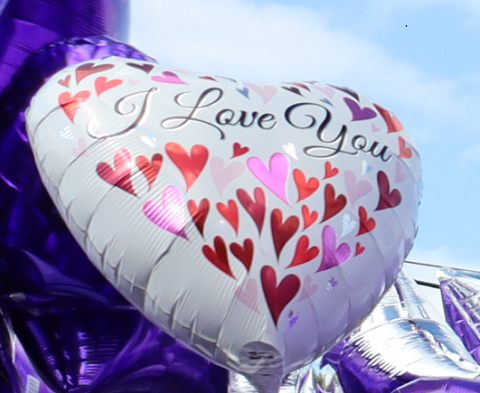 (WGTD)---Children crying, prayers, remembrances and a balloon release occurred Sunday in the field where 37-year-old Dashontay King was shot and killed by a Racine police officer Friday as he was running with a gun.

Without giving specifics, Police Chief Maurice Robinson said Friday night that the man “took an action” that prompted the officer to fire. Per protocol, the state Justice Department is investigating.

Sunday's gathering was attended by about 150 people. Family members said while it’s not surprising King was running and had a gun they doubt that he intended to use it. "In the days and times we're living in, we find ourselves having to carry a gun to feel safe whether we're a felon or not," said Valena Dibbs, a cousin of King.

At the time of the shooting, King had pending court cases for bail jumping, possession of a firearm as a felon and carrying a concealed weapon. He leaves behind four children.

Chief Robinson said the shooting was caught on video by at least one officer's body worn camera.

The incident occurred as police were executing search warrants in connection with ‘shots fired’ incidents and a half-dozen gun homicides that have occurred this year in the city.

Racine County Board Supervisor Nick Demske was among several who spoke during the short memorial. Demske, who represents the area on the county board, said his presence and comments were requested. "I'm here because I'm with you. I'm hurting with you. This is a lost life...it leaves a hole," he said.

Also Sunday, police announced that 41-year-old Terry Jackson had been arrested in Chicago. He'd been the subject of a several months-long manhunt in connection with the shooting death of Brittany Booker.