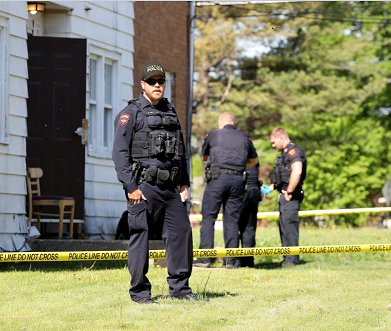 (WGTD)---The shooting death of a dog in Kenosha Monday apparently began as a form of road rage.

22 year-old Diamond Bufford was charged Tuesday with negligent handling of a weapon and bail jumping. Bufford has an open case for battery.

According to the criminal complaint stemming from the latest incident, Bufford apparently was upset because a man who'd been walking his dog in the area of  50th St. and 36th Ave. impeded her way.

The complaint quotes the man as saying Bufford intentionally started driving close to him, speeding up and slowing down. Eventually, Bufford stopped and got out. An argument ensued. A shot was fired into the ground.

Bufford started to walk behind the building where she lived. The man followed, telling police "he wanted to make sure that the defendant did not shoot him in the back."

As the confrontation continued, the dog slipped out of its collar and started to run toward Bufford. That's went Bufford started shooting at the dog, which the man then instructed to bite Bufford.

The dog died in the hail of gunfire.

The complaint does not mention whether Bufford gave a statement to police.