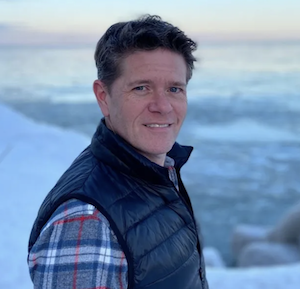 May 20th, 2022 2:13pm; Corrected 5-24 to show that Gulley competed his county board term while running for county exec

(WGTD)---Former Kenosha County Board Supervisor Jerry Gulley has died, per Alex Whitaker, Gulley's former campaign manager during his bid for County Executive. He was 53 years old. Gulley was elected to the county board in 2020 in the 16th District.

He declined a re-election bid in order to run for county executive this year. Gulley finished third in the primary.

Gulley was employed as Chief Education Officer at EdLogics.

Gulley was openly gay and championed LGBTQ rights throughout the county.  As supervisor, Gulley sponsored a resolution to make June “Pride Month” in Kenosha County. Gulley also served on the board of the Wisconsin LGBT Chamber of Commerce. Gulley fought for racial equity as he help spearhead the county’s creation of the Racial and Equity Commission.

Gulley is survived by his husband James and family. The couple were married for over 8 years.

According to Whitaker, Gulley suffered complications from a severe heart attack.