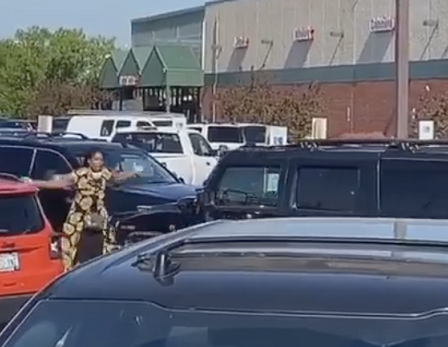 (WGTD)---A racial confrontation in the parking lot of Menard's in Kenosha last year has resulted in felony and misdemeanor convictions for a 79-year-old Pleasant Prairie man.

Carver, who is white, was accused of using the N-word multiple times in a dispute with a Black woman over the placement of a shopping cart. He's also accused of pointing his vehicle at the woman and then accelerating, stopping just short of hitting her.

In court Tuesday, Carver told a much different story. He said he thought he was going to be carjacked because a man began pounding on the window of his vehicle. But Carver admitted he made no such carjacking claims to an investigating police officer. He also denied using any racial slurs.

His testimony was contradicted by the woman, the male witness who had pounded on his vehicle after he almost struck the woman, and by a Menard's employee who was picking up carts at the time.

Two videos of the incident were played at the trial.

In addition, Carver's wife, a former high school teacher, was called to the stand by the defense as a character witness. Charlotte Carver said she never heard her husband express derogatory racial attitudes or use racist terms in their 50 years of marriage.