Kenosha School Board Fills a Vacancy With an Experienced Hand 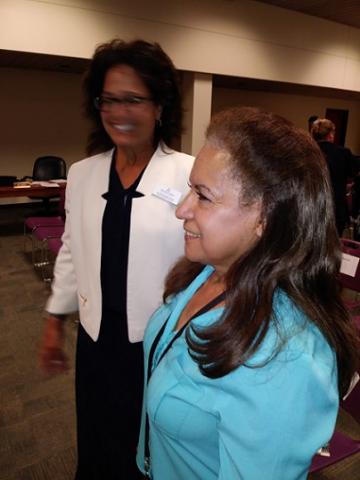 (WGTD)---A former Kenosha School Board president was chosen Tuesday night to fill a vacancy on the board created by the recent resignation of Gary Kunich.

Yolanda Santos-Adams received the most votes of any of the other candidates who had applied for the seat.

The next closest contenders were K-Tech charter school board member Steven Davis and education professor Todd Price. They had equal numbers of votes.

A total of 11 candidates had submitted applications, although two candidates failed to show for the interviews that preceded the board vote.

Santos-Adams first served on the board between 1999 and 2003. She was voted off during a period of board turmoil.

During the interview segment, Santos-Adams was asked to assess the district’s strengths. She cited recent building improvements and new school construction, enhanced technology and an improved graduation rates.

As for areas in need of improvement, Santos-Adams said the district’s bilingual program had regressed in recent years. She also cited teacher morale and retention and the need to close the achievement gap.

Five of the board’s six remaining members participated in the selection process. The sixth member—Rebecca Stevens—was at home recovering from a heart ailment.

Santos-Adams told reporters after the Tuesday night meeting that she planned to run for a full term next spring.

Former board member Kyle Flood, who also applied for the vacancy but was passed over, said he too would be on the ballot.