Lead Actress, Director, of a Film on Human Trafficking to Appear in Racine 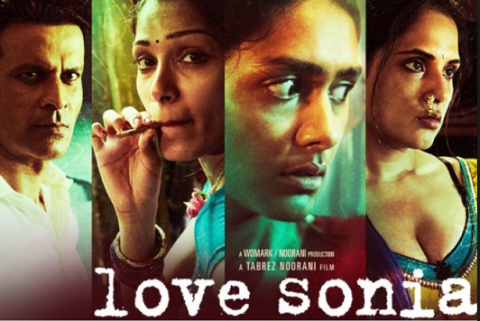 (WGTD)---A conversation on global sex trafficking that’ll be held at the Golden Rondelle Theater in Racine later this week will be preceded by a screening of the critically-acclaimed film titled “Love Sonia.”

It’s the true story of a young girl’s journey to rescue her sister after their debt-ridden father sells her into prostitution. The story begins in India, and ends in Los Angeles.

SC Johnson is sponsoring Thursday evening’s event that’ll include appearances by the lead actress, and by the film’s director and creator, Tabrez Noorani, best known for producing the film Slumdog Millionaire. Speaking on the BBC last year, Noorani said he spent some 14 years researching the issue of human trafficking after stumbling on to the sisters' story. "To me it was shocking that a girl from India would be caught in a (shipping) container and trafficked in Hollywood," Noorani said on the BBC last year.

Thursday’s program at the Golden Rondelle will begin at 6:15. The screening will be followed by a panel discussion.

The event is free and open to the public, but advanced reservations are strongly encouraged by either going to USPublicAffairs@scj.com or by calling 262-260-2440.

SC Johnson hosted a screening of the film Sunday in Washington at a conference organized by a U.S. support group for the United Nations.

SC Johnson, with operations around the world, has long taken an interest in the issue of human trafficking.

The film will be available on iTunes beginning this fall.